Plant a tree in memory of Helen
An environmentally-friendly option 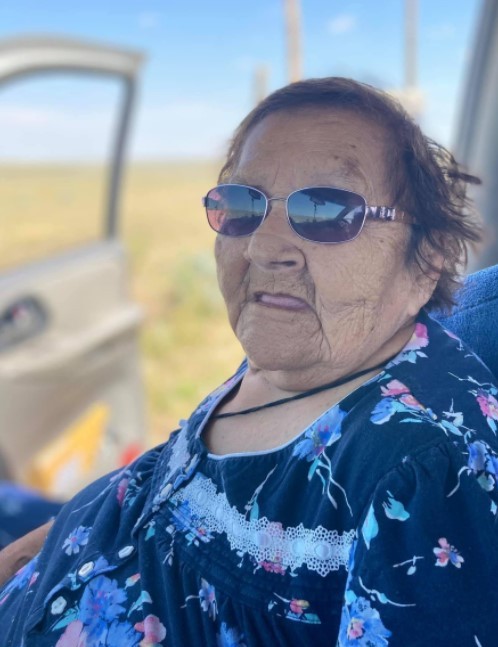 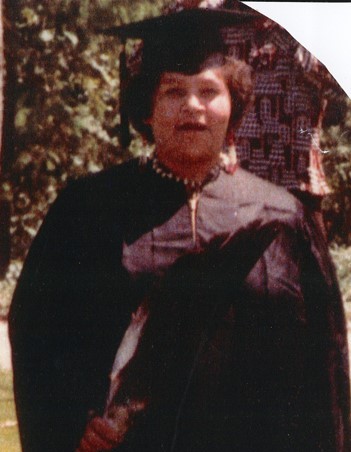 Phaywus Ithe (Bear Woman) peacefully went to the spirit world to join her loving relatives on July 17, 2021. Helen Marie Striker was born on February 9th, 1936, to Bernard Striker and Katie Capture Striker of the Aaniiih Nation. Helen grew up in Hays, Montana. After Bernard’s passing, Katie remarried. John and Katie Stiffarm had four more children, Louis, Lenore, Mathew, and Carl. These brothers and sister added to Helens’ other Siblings Alfred Striker, Edward Foxy Filesteel, Ramona Filesteel Cliff, Benedict Striker, Thelma Striker Yellowtail. Helen, or Granny as we lovingly called her, spent many years growing up at the Stiffarm homestead riding horses and attending rodeos. Helen gave birth James Bobsy Stiffarm at a young age, and Katie and John adopted James and raised him as their own. Although Bobsy was legally adopted by his grandparents, he always called Helen “Ma”. Helen recounted many hardships growing up, and always reiterated that when times get tough families stick together. Helen loved to visit and knew many people from all the places she traveled to and lived in. She When Helen recounted stories, her face would light up. You could see in her eyes that she was reliving old times. Helen was a walking history book, with her passing so much knowledge of family history went with her. Helen received her bachelor’s degree in Social Work at Evergreen State College in Washington during the mid-70’s. Helen passionately believed that all Native Children should remain with their immediate families and not be placed into the system to be forgotten about and lost. It was during this time that Helen helped her sister Ramona in establishing the Indian Child Welfare Act which is now law and is still in effect today. Helen moved to Missoula where she helped create the MYADS program for Native Americans to go and receive help with their Drug and Alcohol Outpatient Services and area community services and programs. Helen grandson Thomas Kipp Jones Sr. was born to Sherman and Henrietta Cochran. After Henrietta’s passing, she adopted and raised him. In addition, she also helped raise Kimmers and Vernies son Eric, who she also eventually adopted. Helen moved to Harlem, MT and retired about 1996 after adopting her great grandson, Marcus Jones. This was the beginning of her devoting her life to raising and helping raise her great grandchildren which she continued to do until her last breath. Helen devoted the last years of her life raising her great grandchildren Marcus, Trevor, Thomas Jr. Logan, Christian and Henrietta Etsy. Helen loved her family immensely and knew every one of her nieces, nephews, grandsons, great grandsons, great granddaughters, and great-great grandchildren. She made every one of them feel special and loved. She has left a huge impact on everyone she has come across in her walk life and her passing will be everywhere. Phaywus Ithe (Bear Woman), Tuffy, will be greatly missed by everyone.

Please forgive us if we have forgotten to mention anyone. It is not intentional as our grief is so great in this time.

Plant a tree in memory of Helen by clicking here.
To send flowers to Helen's family, please visit our floral store.

Plant a tree in memory of Helen
An environmentally-friendly option

Plant a tree in memory of Helen

1 tree planted in memory of Helen

Rest well in the happy hunting ground grandma Helen. You will be missed and loved forever! I have fond memories since I was a very young girl how you and Thomas lived here in Tri-Cities and Seattle Area we made these memories. Always in our lives, you and grandma Ramona were the closest sisters, when not visiting speaking on the phone for hours. You too look so similar the kids thought you were her when we would visit. I hope you have a fast and safe passing over. Love you so much!

RIP helen, your one of the toughest, you showed up at Northern montana hospital after being released from the hospital  earlier the same day for the birth of your great greatgrandaughter, Peyton Marie on a cold Christmas eve, it was one best times I had, about 20 of us excitedly waiting for a beautiful Christmas baby who arrived Christmas morning, remember the nurse was upset cause their was so many of us. In the room, it was like 20 below, Thankyou so much for being a great great grandma, for being there for the kids, were all going to miss you, fly high angel.

Ma ❤️ Bummy and I feel empty today.  Are you really gone?  Bc you moved to Havre we are used to you not being far, or expecting you to pull up with your driver.

My mother-in-law Helen*  so many stories were shared, and Bummy & I have a few of our own. He loved and respected his mother, always remained quiet when differences rose. This is the day after the ceremony.  Waves of reality of her being gone wash over unexpectedly. The thing about this, Bummy & I can talk about this to each other and if weeping is there, know it is healing. I will always be there for Bummy, and even tho Ma & I held our differences, we grew on each other. I told her one time, "I'm Not going anywhere Helen." She laughed, as we both knew what that meant.  Yes, we do miss her. And pray her journey on is peaceful.  Love you Ma❤️ Bummy & Cheryl

RIP Helen. You treated me good every since I used to stay with you and Jimmy Jones when Dad dropped me off for  little vacation when I was little. Journey well you are loved Helen.

Plant a tree in memory of Helen