Plant a tree in memory of Diane
An environmentally-friendly option 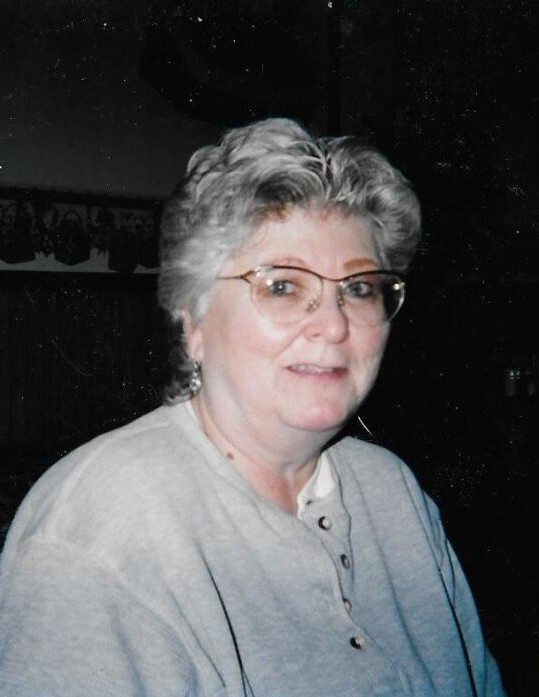 Beloved mother and wife, Diane Marlene Collins, passed into heaven from her home in Chinook, Montana on the morning of April 12, 2021, with her daughter and husband by her side.  Cremation has taken place.

After graduation, Diane met a handsome red-headed fellow by the name of Jim Summers at the rodeo.  They were married on October 14, 1964.  Toni Rae was born on April 11, 1965.  For much of their marriage Jim was deployed to Vietnam.  Through no fault of either Diane or Jim, this took a toll on the marriage.  They were divorced on August 27, 1968.

Diane hired out to the railroad as a clerk in the Fall of 1965.  The name of the railroad and her job changed over the years but Diane’s love and devotion to her work and the friends she made were important to her.  Diane had thirty-five years of service and loved being a railroader.

Diane met fellow railroader, Bob Collins soon after hiring on.  They dated for a time and were married on August 14th, 1969.  Toni Rae joined Bob’s three children, Pat, Kelly, and Cindy.  Bob officially adopted Toni in 1973 and thus, Toni was officially a “Collins.”  The marriage ended in divorce in 1976.

Diane loved to golf, tried belly dancing, and took a ceramics class.  During the 80’s she learned how to ride a horse and a snow mobile and went camping in the mountains with her then beau, Jim O’Neil.  Mom and Jim had many adventures together but never married.

In 1988/1989 the Southern line of the Burlington Norther railroad broke up, moving operations to other locations.  She soon found herself working and living in Havre, Montana.  Having never lived outside of Livingston, this was a big deal for Diane.

Soon after arriving in Havre she was asked out on a date by a tall, lanky cowboy by the name of Arnie Hall.  He also worked for the railroad and they remained together until the day of Diane’s passing.  Arnie owned a ranch and Diane tried to help but soon became the dedicated cook, as ranch chores were a little out of her league.  Over time Diane got to know Arnie’s three daughters, Cara, Cindy, and Camie and their families.  She became the go-to babysitter, relishing time as a grandmother.  During her life she looked after many sets of kids and grandkids. Although she was the step-grandma, she loved them all the same.  Arnie stood by Diane through her cancer diagnosis in 2014.  She remained cancer free until the end of her life.

Arnie had a medical challenge of his own several years ago.  He stayed with his daughter Cindy in Joliet.  Even though Diane could not do much to help she felt that she should be there for Arnie, as he had been for her.  After Arnie recovered, they returned to Chinook Fall of 2019.  Diane’s health has been deteriorating slowly since that time and Arnie was determined to help get Diane what was needed to make life easier.

After Diane came home last Thursday, Toni and Arnie spent time talking to her.  She could not answer but they talked on.  Toni whispered many messages from family and friends into her ear.  Toni also told Diane to please come visit her in her dreams as Diane’s mother Peggy had done all these years.  Toni told her she wanted Diane to also tell her if Bigfoot and aliens were real, who killed JFK, where the treasure on Oak Island was really buried, and while she was at it to send along some winning lottery numbers.

Diane was preceded in death by; her parents, Barney and Peggy Bliler, former husband, Bob Collins, step-son, Pat Collins, Aunt Dorthy and uncle Elmer Hogstad, and her best friend in Havre, Dolores Strissel.  Most recently her Aunt Dorthy Every from Onalaska, Wisconsin passed.  Many from the Kjos clan have passed and surely Diane is in heaven getting caught up.  Many furry friends also preceded her in death.

The family asks that in lieu of flowers, donations can be made to the organization or cause of the donors’ choice.  Memorials will be held at a future day, both in Chinook and Livingston.  Diane' ashes will be interred in the Hall family plot in Highland cemetery in Havre, Montana.

Plant a tree in memory of Diane by clicking here.
To send flowers to Diane's family, please visit our floral store.

Plant a tree in memory of Diane
An environmentally-friendly option

Plant a tree in memory of Diane

1 tree planted in memory of Diane

Diane & I had been friends for a long time.  We worked together also.  With the RR closing we moved in different directions but still stayed in contact.   I will miss our talks & her beautiful smile.  Thinking of you Toni.  ❤🙏

A Memorial Tree was planted for Diane Marlene Collins

Plant a tree in memory of Diane