Wilderness Funeral Home & Cremation Services has been serving the unique needs of families with superior service and compassion for over 40 years. We are committed to serving the diverse backgrounds, cultures and faiths of all the residents of Blaine and Hill county and surrounding communities. We are a family owned business and we strongly believe in treating our families with the same dignity, integrity, and professionalism that we would want to receive. Our professional staff has years of experience caring for families; and we promise to deliver a highly memorable service that best honors a loved one. We will go to any length to fulfill the needs of our customers and intend to continue to earn the trust of the communities we serve for years to come. 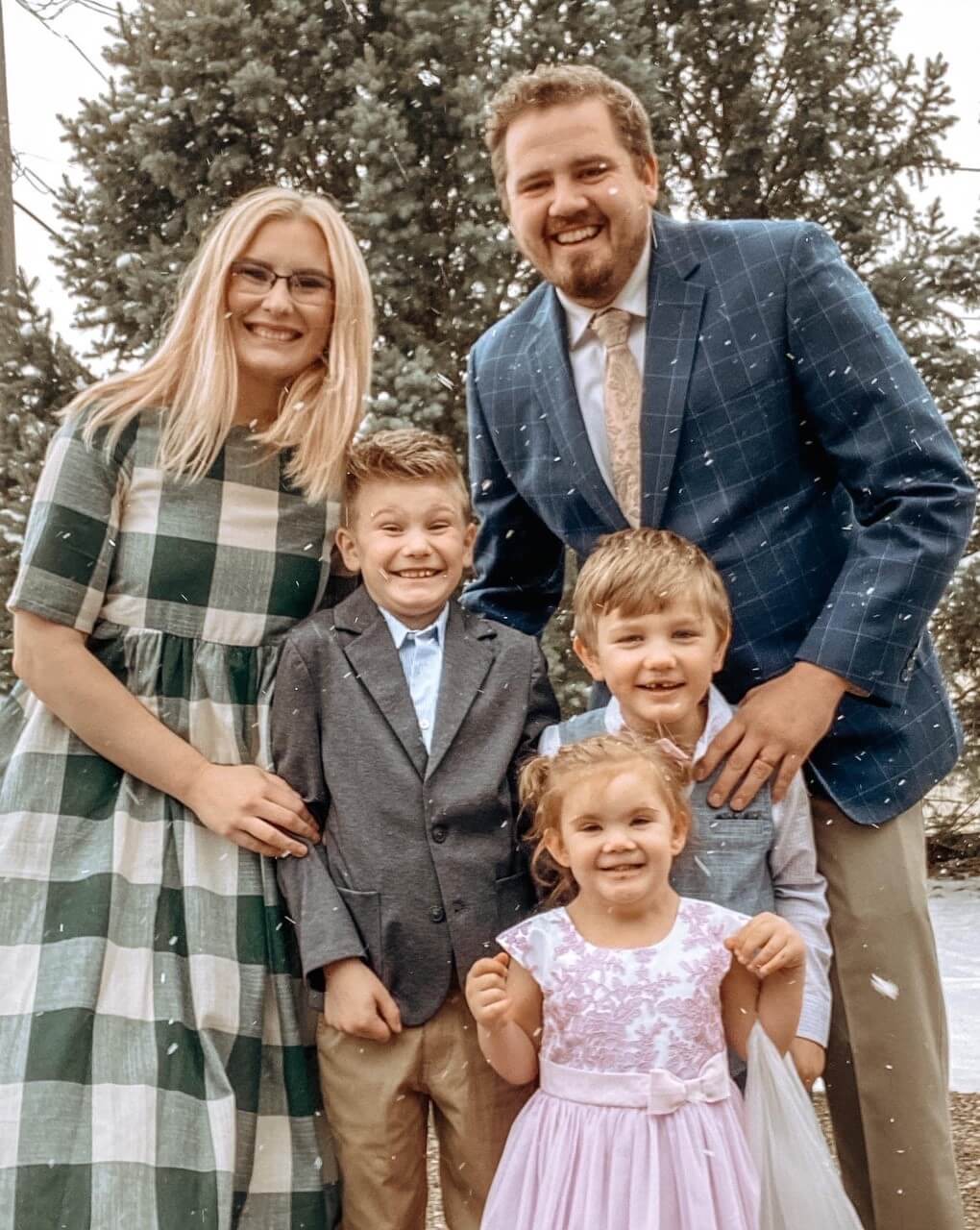 Daniel grew up in Wasilla Alaska, where he played football and basketball in high school, received an Eagle Scout Award in 2006, and served an LDS mission in Las Vegas NV for two years. In 2009 he was asked to “pick up dead people” after normal business hours for a funeral home in Palmer, Alaska. This lead to his career in the Funeral Industry. Daniel married the love of his life Kadie Wilderness, in 2010. In 2012 Daniel got his Alaskan Funeral Directors License and welcomed his first born son Daniel Boone Wilderness Dahl in July of the same year. In 2014 Daniel Graduated from Arapahoe Community College with an Associates in Mortuary Science degree, and also welcomed his 2nd son Rutledge Clay Dahl. Daniel was manager for Legacy Funeral Homes before bringing his family to Chinook MT. In 2016 Daniel and Kadie welcomed their daughter Alice Ann Dahl. Wanting to serve people Daniel found that funeral service was the best way to do so. Daniel wants to continue with Marvin”s Legacy by honoring and servicing the families of the High-Line communities.

Why We named our Funeral Home "Wilderness"

My wife's maiden name is Wilderness and her great-great-great-grandfather was mad at his mother so he changed his name to wilderness from Sipple.

Wilderness Funeral Home & Cremation Services was constructed in 1932 by Herman Kuper who owned and operated the business for over 30 years. In 1972 Marvin Edwards moved to Chinook after receiving his mortuary science degree from Mt. Hood Community College and having served apprenticeships under Bell Mortuary in Glasgow, Montana, and worked alongside Mr. Eliason in the Chinook funeral home. Marvin purchased the business from Leon Eliason in 1973. Marvin’s wife, Cherie Edwards’ family has a long-standing tradition in the funeral business as Cherie’s father, grandfather and brother were or are currently funeral directors in north central Montana for nearly a century having owned mortuaries in Malta and Glasgow, Montana. Wilderness Funeral Home & Cremation Services, located near downtown Chinook Montana, serves the communities of Chinook, Harlem, Turner, Fort Belknap, Hays, Havre, Rocky Boy, Big Sandy and other nearby regions. The company has been operated continuously by the Edwards family since 1973, when Marvin Edwards purchased the business from Leon Eliason. Marvin was the sole owner and operator of the funeral home for over 38 years until his passing in the summer of 2011. Marvin was a pillar of the community and loved his occupation as it allowed him to be dedicated to caring for the people of north central Montana. We honor Marvin’s legacy every day as we serve our families with the same kindness and professionalism that Marvin would have wanted.

Marvin Edwards, before his passing in 2011, was a pillar in the High –Line community. Purchasing the funeral Home in 1973, Marvin and Cherie, made a commitment to the community that they will serve families in their time of need. Marvin went above and beyond to help his community, not only with funeral service, but with supporting youth programs, families in need, and many other ways too long to list. Everyone that knew Marvin instantly loved him, his personality could have you crying with tears of laughter, or making you feel comforted when losing a loved one. He treated every person he met with the utmost respect, making them feel special to him. Marvin left an impact on the heart of community. After his passing Cherie wanted to continue his legacy. As years went by Cherie wanted to pass the torch on to a family that will grow in the community, and to continue Marvin’s Legacy. 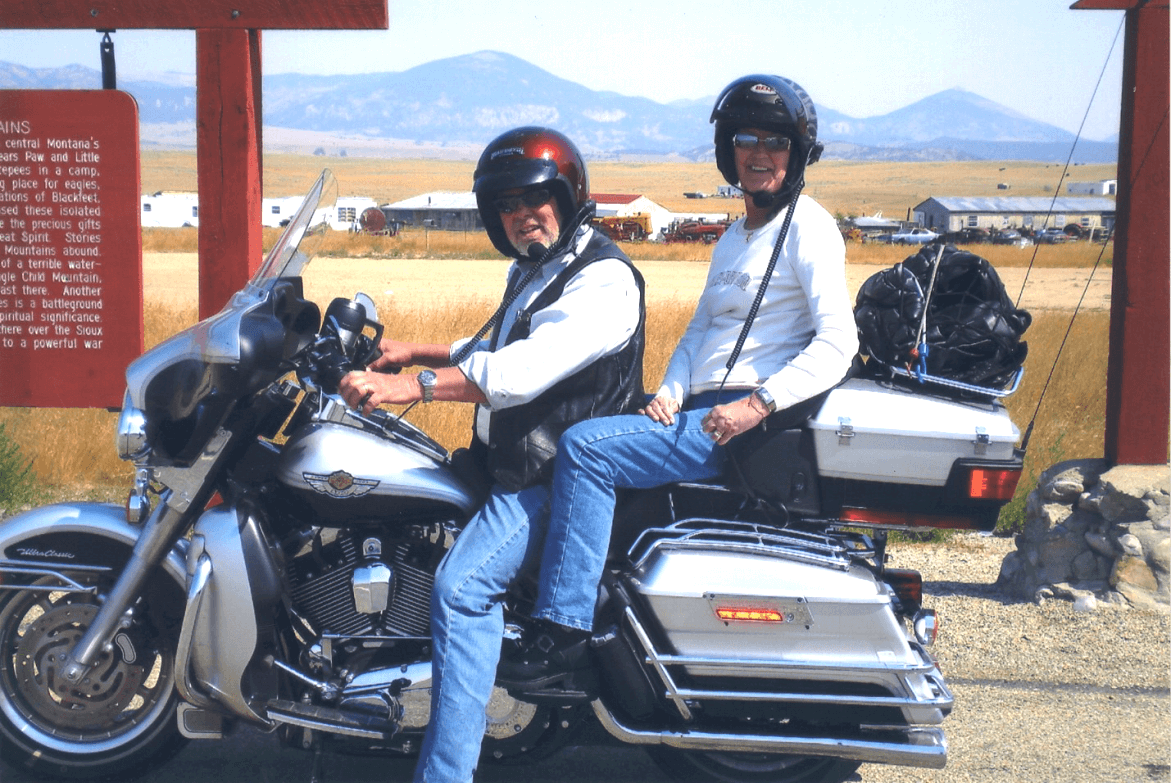 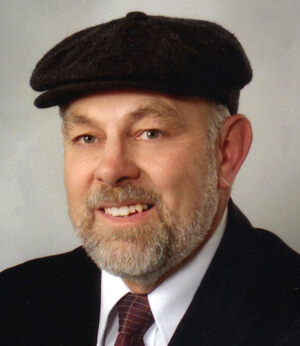 The first funeral home in Malta was the Tucker Funeral Home owned by Roscoe V. “Rock” Tucker. Rock was born April 22, 1854 in Westfield, New York. He came to Montana October 24, 1895. He was associated with his father in livery business, hotel management and raising sheep on Beaver Creek, two and one half miles south of Bowdoin.

About the time of his coming to Montana, Mr. Tucker began a non professional undertaking service. He decided in 1908 to adopt this as his business and established his funeral parlors. In a partnership as Tucker & Cauffman he also became an auctioneer. His last funeral parlor was at 201 S. 2nd St. East (across the street from the now Kirkwood Funeral Home). He was coroner of Phillips County from the time of it creation until his death on November 25, 1932. For several months before his death he had been associated with Wilford Bell in the Tucker & Bell Funeral Home.

Wilford F. Bell was born September 4, 1903, in Grinnell, Iowa. His family moved to Montana in 1917 to a homestead south of Malta. After high school he worked on the family farm and Cauffman Grocery. He married Kathryn Brown on August 21, 1921 and they moved to California where he attended San Francisco College of Mortuary Science. In 1932 they returned to Malta where he became associated with the Tucker Funeral Home. His name was added to the business in July of 1932. He ran as Tucker & Bell Funeral Home until 1933 when he dropped the Tucker name. In 1936 Wilford build a new funeral home on the corner of 2nd Ave. East and 3rd Street East, 227 S. 2nd Ave. East. Wilfred ran the funeral home and in 1968 brought Garry L. Adams in to manage the business for him. Wilford sold the business to Garry in 1970.

Garry L. Adams was born August 7, 1944 in Three Forks. After graduating high school he attended the University of Minnesota for an associate’s degree in Mortuary Science. He returned to Montana where he worked in Helena. In 1968 he moved to Malta, where he worked as the manager for the Bell Funeral Home. Garry became very involved with the business and in 1970 he purchased it and changed the name to Adams Bell Funeral Home. Garry started planning for the future and purchased land at the corner of 2nd Ave. East and 2nd Street East, 202 S. 2nd St. East, for his new funeral home. He built the new Adams Funeral Home in 1978. This was a state of the art building with over 7,800 square feet of floor space, including a 4 car garage. The chapel will seat 200 people and had two visitation rooms with a nice family room. It has two public restrooms with one more that could be used for the handicap. With everything on one level it makes it nice for anyone to attend a funeral and has also hosted weddings.

In 1994 while visiting Jan’s parents, Garry offered Greg Kirkwood the job as manager of the funeral home, with the possibility of purchasing it in the future. Greg was hired, and on August 21, 1994 started as manager. Greg and Jan moved to Malta from Glenwood Springs, Colorado where he had been manager of a funeral home for a number of years.

Greg was born April 4, 1947 in Wichita, Kansas. After high school in 1965, he enlisted in the Air Force. His first duty station was Glasgow Air Force Base where he arrived in December of 1965. He met Janice Carlson on a blind date on April 15, 1966 and they were married on April 16, 1967 in her home town of Wolf Point. After his discharge in 1969, they moved to Wichita Kansas where he attended Friends University and Wichita State University. In 1973 they moved to Oklahoma so he could attend Central State University for mortuary school. After graduating in 1976 with a Bachelors of Science degree, they worked in Hominy, Oklahoma for a few years and moved to Montana where he worked in Wolf Point and Three Forks. In 1983 they moved to Glenwood Spring and later to Delta Colorado and then back to Glenwood Springs.

It was in 1978 Greg first met Garry Adams. They started a friendship that grew more while he lived in Garry’s home town of Three Forks and Greg got to know Garry’s parents.

In January of 1999 Garry added the Hi-Line Crematory to the business. Greg had run a crematory in Colorado and together they had some good marketing plans. This was the first crematory on the Hi-line of Montana.

In 2019, Wilderness Funeral Homes purchased the Malta location in order to provide more services along the Montana Hi-Line.

If you need our services immediately, please call us.
We will begin the process of bringing your loved one into our care right away.